TV Paint vs Animate CC (Which One Should You Use?)

TVPaint and Adobe Animate CC are two of the best know animation software.

You’ve almost certainly seen content produced using either of these software, but might not know when or why one is used over the other. These two options are very different, and represent different fundamental approaches to making animated content.

In this post we’ll look at the differences between these programs and help you figure out which program best suits the kind of work you want to do.

In other words: TVPaint vs. Animate CC. Which one should you use?

The core goal of TV Paint is to be the best possible digital version of the traditional 2D animation process. It is targeted at studios and artists who want to capture the look and feel of classic hand-drawn frame-by-frame animation.

It especially excels at replicating various styles of traditional media. As such, it’s best suited for productions like feature films and animated short films, where meticulously realizing an artistic vision is the primary goal.

Check out the array of styles these productions have managed to achieve using TV Paint:

The option to use these time saving techniques in addition to frame-by-frame animation makes it much better suited to productions with a lower budget and tight schedule like TV and web series.

Animate CC, back when it was still called Flash, used to be the only practical way of creating animation for the web. Now, Animate’s ease of use and low barrier to entry continues to make it a goto for independent animators producing content for Youtube.

YouTubers who use Adobe Animate (Flash):

Adobe Animate has also been used to create TV animation as well.

The main issue you will likely have with learning TV Paint is that it is very different from other software you may already have experience with like Adobe products.

Many people find TV Paint unintuitive at first, and you may need some guidance to get a handle on the basic workflow, but there’s actually not that much you need to learn. Once you get a handle on the drawing tools and brushes, there aren’t really a lot of technical features or processes to get in your way.

For the most part your success with TV Paint will come down to your animation skill, and not mastering the deeper features of the software.

Adobe Animate is generally considered one of the easier animation programs of it’s kind to learn.

There’s a lot of techniques to learn in order to best make use of Animate’s features, and the vector-based drawing tools will take some getting used to, but the basic interface and workflow for making animation is generally intuitive and easy to pickup.

TV Paint’s most stand out feature is it’s bitmap drawing tools. It’s very well regarded for the quality of its drawing and painting engine that let you achieve basically any look you would be able to achieve in a dedicated painting program like Photoshop or Procreate.

Having this kind of flexibility in a dedicated animation software is a big part of the draw for filmmakers looking to replicate a hand-drawn or traditional media style.

Adobe Animate is very much the opposite of TV paint when it comes to drawing. It has a series of vector drawing tools for creating crisp, scalable, artwork with a low file size, and relatively low memory usage.

If you’re used to drawing with a bitmap drawing program like Photoshop or Procreate, it can take some getting used to.

If you’re afraid that vector tools are too clunky for character animation, know that tools in Adobe Animate work differently from those in Adobe Illustrator for example and are much better suited for free hand drawing.

Both TV Paint and Adobe Animate have the ability to do frame-by-frame animation. The main difference in the experience is going to come down to the drawing tools as described above.

TV Paint is definitely best suited to this type of animation process.

With Animate CC, in addition to being able to draw frame-by-frame, you can save time by reusing art work and creating puppets that can be posed without redrawing. You can mix and match animation strategies however you want.

TV Paint doesn’t have any rigging capabilities. It’s based entirely around redrawing pose by pose like in traditional animation.

One big feature that is available in TVPaint (Professional Edition) is dedicated storyboarding and animation tools.

You can draw storyboards and export them as PDF documents. You can also edit your boards into animatics with sound, then convert your timed out panels from your animatic directly into TVPaint projects where you draw your final animation. This actually makes for a very slick integrated way to organize all the scenes of your animation.

There aren’t any dedicated storyboarding tools in Adobe Animate, so there’s no way to export a PDF storyboard. However you can treat your general animation timeline like a storyboard and sketch out each panel as a frame and time them out to create an animatic.

One big feature that differentiates Animate CC from basically any other animation software, is that Animate has the ability to publish content for the web. You can create HTML5 Canvas, WebGL, and SVG animations using Adobe Animate.

This includes making animations with interactivity like for ads or games. So if that’s your goal you should go with Animate.

Animate CC is only available through Adobe’s Creative Cloud Subscription model. Animate CC can be purchased by itself, or as part of the ALL Adobe Apps package

TV Paint is available in 2 versions, a Standard Edition and a Professional Edition.

The biggest features you might want in Professional that aren’t in Standard are:

TVPaint vs. Animate CC – How do you choose?

Who won the TVPaint vs. Animate CC fight?

Choose TV Paint if your intention is to put in the work and upfront investment it takes to make high quality traditional 2D animation, and you want the ability to achieve an organic hand-drawn look and feel.

Go with Animate CC if you want a simple way to get started with animation, or if you are looking for ways to save time and money by employing limited animation or puppet rigged characters in addition to frame-by-frame animation.

Bloop has animation-focused courses for both programs, so you can jump in and learn all the tools you need to know to get started animating. 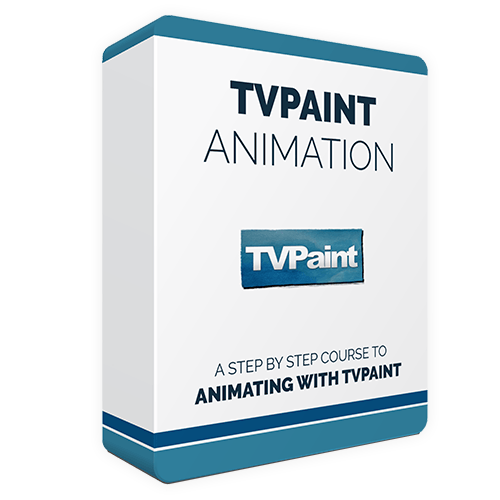 Animate CC Animation CourseLearn how to make cool animations for YouTube, or 2D frame-by-frame animation for commercial use.

Animate CC Animation CourseLearn how to make cool animations for YouTube, or 2D frame-by-frame animation for commercial use.

The post TV Paint vs Animate CC (Which One Should You Use?) appeared first on Bloop Animation.